House To House
and
Together As A Congregation…

Christians have historically met together in small, unified groups that were part of the whole
There are numerous references all through the Old Testament that clearly indicate God’s people have always lived in close community.
. 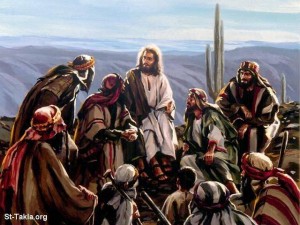 .…They continued stedfastly in the apostles’ doctrine and fellowship, and in breaking of bread, and in prayers. And they, continuing daily with one accord in the temple, and breaking bread from house to house, did eat their meat with gladness and singleness of heart, Praising God, and having favour with all the people. And the Lord added to the church daily such as should be saved.
Acts 2:42,46,47
.

The Early Church in America
Even from Europe, Martin Luther’s (1483-1546) teachings had a great impact on the early American church. He said “Those, however, who are desirous of being Christians in earnest, and are ready to profess the Gospel with hand and mouth, should register their names and assemble by themselves in some house to pray, to read, to baptize and to receive the sacrament and practise other Christian works. In this Order, those whose conduct was not such as befits Christians could be recognized, reproved, reformed, rejected, or excommunicated, according to the rule of Christ in Matt. xviii. Here, too, a general giving of alms could be imposed on Christians, to be willingly given and divided among the poor, after the example of St. Paul in 2 Cor. ix. Here there would not be need of much fine singing. Here we could have baptism and the sacrament in short and simple fashion: and direct everything towards the Word and prayer and love. Here we should have a good short Catechism about the Creed, the Ten Commandments, and the Lord’s Prayer. In one word, if we only had people who longed to be Christians in earnest, Form and Order would soon shape itself.”

In 1651 Obadiah Holmes was a Baptist Pastor who was in the American Colony of Newport Rhode Island. “Holmes became associated with John Clarke, and John Crandall, and with the Newport church. An elderly member of their congregation named William Witter, who was living in Lynn, Massachusetts, was too infirm to come to Newport, so the three men (Holmes, Clarke and Crandall) visited Witter on 21 July. While Mr. Clarke was preaching to Witter and a small group assembled at his house…” Excerpted from Wikipedia 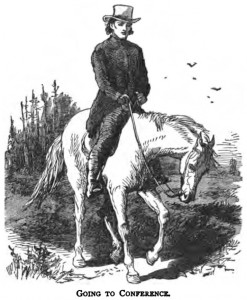 Later on in history, Frontier Preachers also known as “Circuit Riders” (usually Methodist), impacted the world by being instrumental in spreading the Gospel throughout America.

Not long after the War for American Independence, the Lewis and Clark expedition began in 1804. As the Westward expansion progressed along with the Lewis and Clark Expedition the need and opportunity to “…go into all the world…”(Mt. 28:18-20) became greater and greater.

The trails West were first established by the “Mountain Men” but almost literally, right on their heals, were the brave and fearless “Frontier Preachers” / “Circuit Riders” preaching the “good news” to a wild frontier. Frontier Preachers / Circuit Riders ventured into the wilderness to encounter Mountain Men, Indians, settlers, tradesmen, individuals, families, and all they could find to spread the good news. They were called Circuit Riders because they rode a “circuit” that would take them around to families and small Christian groups that were scattered abroad.

In this article, I am certainly not trying to say that Christians, in early America, never met in large buildings. But it is true that Americans have become so far removed from our Biblical roots that it is nearly impossible for most to grasp the simplistic lifestyle that Yahweh God designed, Jesus / Yeshua encouraged and America enjoyed at its beginning. 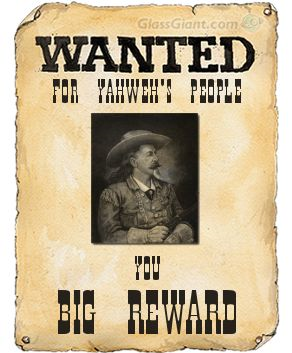 Surely we have all known someone, perhaps even ourselves, who was missing a physical body part. Certainly all of us has sprained a wrist or ankle, suffered a sliver in a finger, or perhaps a cut on a hand. Often it seems that no matter how “minor” the disability is it can render a significant impact to our daily life; a constant reminder that something isn’t right.

In the verse above (1 Cor. 12:14) Apostle Paul is trying to explain to the Corinthians that just as one’s physical body works together; God’s people, “the body of Messiah“, is also designed to function in harmony as a unified “body”.

.Fellowship Groups provide a venue for you to bless, encourage and help unite God’s people.

And, as part of the Together Fellowship family, you also have the added benefit of being connected on a broader scale, in a real way, with others who are like-minded.

And by the way, we do meet in “buildings” for various purposes as needs arise. But we simply purpose to remember that “the church” is people and not other things.

Fellowship Groups are a way for God’s people to join together
and function as a people the way He intended.

For as we have many members in one body, and all members have not the same office:
So we, being many, are one body in Messiah, and every one members one of another.
Rom 12:4-5

Recent Posts
Follow Us
Follow us on social media to stay on track with the latest news.
Categories
Archives
© Copyright - Together Fellowship - All Rights Reserved 2020
Back To Top
×