There is Power in His Name!

As I begin I would like to affirm that we have complete faith in the inerrancy of the inspired Word of God.

In the matter of the names of God, I simply prefer to call Him by His name for who He Is.

For reasons explained below, I want to make it clear that I serve only the God of the Bible and Jesus / Yeshua the Messiah.  He has made a way for all of us to unite with Heaven.  Even now He reigns supreme over all of Heaven and Earth.

If you are unfamiliar with using the Sacred Names of God and the Messiah, you may find it beneficial to know that some people are extremely religiously dogmatic about using them.  Whether you are familiar with that issue or not, I want to make it clear that, that is not the case here.

This is something I choose to do for the reasons expressed in this article and others. Some of us use these names more than others, some not at all.

Why Yahweh and Yeshua?
We are sometimes asked why we often say Yahweh instead of “God” or “The LORD”; and Yeshua instead of “Jesus”.

Much of the reason is that we simply want to make clear who we devote our allegiance to.  In our English Bibles, “God” is usually referred to as either “God” or “The Lord”. However, these are but a couple of His titles: They are not names. In Most cases where the Bible says “The Lord”, the original language actually expresses His name.

For a vast variety of reasons, false teachers, preachers, popes and prophets have capitalized on this ambiguity.  I would like to help clear up the confusion.

In Psalm 105:1 we read:
O give thanks unto the LORD; call upon his name: make known his deeds among the people.

And in Isaiah 12:4 we read:
And in that day shall ye say, Praise the LORD, call upon his name, declare his doings among the people, make mention that his name is exalted.

O / T written in Hebrew
More on those Scriptures later.  For now, it is just important to remember that The “Old Testament” of the Bible was originally and primarily written in Hebrew both to and for Israel.

The New Testament (Renewed Covenant) then documents the fulfillment of the prophesies found in the Hebrew Scriptures as well as reaffirming the second coming of the Messiah.

During the translation of the Tanach (Old Testament) from Hebrew to English, in most English Bibles the name “Yahweh” was unfortunately removed and replaced with “the LORD”.  However, just as the Scripture verse above (1 Cor 8:5-6) states; there are indeed many gods or “lords”.  When His name is hidden, it is less likely for it to be proclaimed.  I don’t want there to be any confusion about who the Creator and Supreme Being of the universe is and that it is Him alone in which I live, breathe and have my being.

YHWH ~ Yahweh
As the second of the Ten Commandments relates, Yahweh is a jealous God.  He will not share His glory or His name, and He dislikes it when His people neglect to proclaim it.

So it is important that all who are in covenant with The Most High God proclaim to the world that it is to Yahweh Elohim (Elohim is a Hebrew word for God), and to Him alone, that we offer our praise, worship, allegiance, and adoration: And that it is by none other than Yeshua the Messiah that we may approach the Father.

The name of “Yahweh”, the God of the Bible, has been removed by translators and then replaced with the title “The LORD” over six thousand, five hundred times in the “Old Testament” alone.

In James 2:19 we read:
You believe that there is one God; you do well: the devils also believe, and tremble.

Let’s look again at the two verses that I cited above.  Let’s reconsider them again when translated according to what the original language in the text actually says.


In Ps 105:1 we read:
O give thanks unto Yahweh; call upon His name: make known his deeds among the people.

And in Isaiah 12:4 we read:
And in that day shall you say, Praise Yahweh, call upon His name, declare His doings among the people, make mention that His name is exalted.

Here are some more verses that come alive when we read them from a Hebraic perspective while including the name of the Most High God.

Ps 113:2-4
Blessed be the name of Yahweh from this time forth and forevermore. From the rising of the sun unto the going down of the same Yahweh’s name is to be praised. 4 Yahweh is high above all nations, and His glory above the heavens.

Prov 18:10
The name of Yahweh is a strong tower: the righteous run into it and they are safe.

Isa 59:19
So shall they fear the name of Yahweh from the West, and His glory from the rising of the sun. When the enemy shall come in like a flood, the Spirit of Yahweh shall lift up a standard against him. 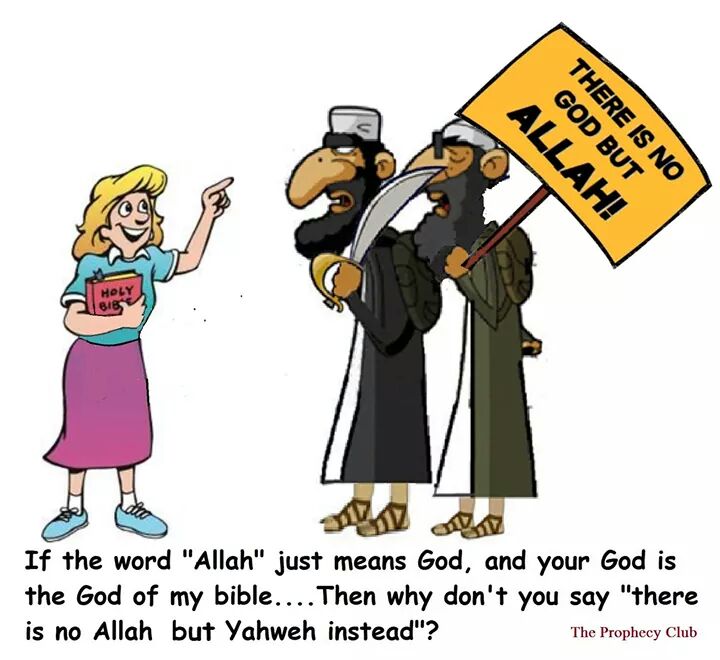 Blessed is the name of Yeshua (Jesus)

Giving thanks always for all things unto God and the Father in
the name of our Lord(Master) Yeshua (the) Messiah
Eph 5:20


We often refer to Jesus as Yeshua because it is more historically and grammatically correct.

Considering the etymology of the name “Jesus”; we find that, though

there are various views on the matter, the name “Jesus” seems to have no meaning whatsoever.

If you are interested in a video that traces the etymology of the word “Yeshua” this person does a pretty good job with that.

For now it is is just important to know that Jesus / (Yeshua) was an Israelite Hebrew.  Not having a name that carries a distinct meaning is very foreign to the Hebrew way and simply would not have been the case for the Messiah.  In Hebrew life, all names have a significant meaning.

Some people think that Jesus would have been His Greek name because He lived in a Greek culture and the available manuscripts of the New Testament were written in Greek even though they also were written to the Israel of God.

However, while it is true that Yeshua was raised in a Greek culture, the Messiah of Israel was not Greek and it is contrary to think that He would have adopted a Greek name while identifying Himself so passionately as the King of Israel.  Besides, the letter “J” didn’t even exist until around 500 years ago.  To compound the issue, some believe that the Messiah’s name was purposely adulterated to resemble the name of false Gods.

Also, even though there is strong evidence to indicate that the Renewed Covenant (N/T) was originally written in Hebrew and/or Aramaic, we don’t know for sure because the oldest manuscripts we have are copies and they are of Greek origin.

The Greek-based name of “Jesus” seems to have no meaning to it at all.  On the other hand, the Hebrew name Yeshua means “Yah is my Salvation”; “Yah” is short for “Yahweh”.

While “Yeshua” is the common spelling, to emphasize the meaning of the name some spell it Yahshua and there are other derivatives as well.

Although there are different spellings and pronunciations of the name “Yeshua”, that name does have a meaning.  It is much more in line with all of the Bible which seems to indicate that it was the Messiah’s name.

Because we desire to honor The Messiah as much as possible we want to honor His name:  In fact, they are one and the same.

The fear of Yahweh is the beginning of knowledge: but fools despise wisdom and instruction. Proverbs 1:7

The depth of Hebraic perspective
The Hebraic perspective of God’s Word ads a depth to the Scriptures that simply cannot be found in any other way.  I believe that this is part of the reason the names were removed from the Bibles.  Here are some examples.

These are the generations of the heavens and of the earth when they were created, in the day that Yahweh God made the earth and the heavens,
Genesis 2:4

Neither is there salvation in any other: for there is none other name under heaven given among men, whereby we must be saved.
Acts 4:12

Some things have been lost to history
No one knows for sure the correct pronunciation of the Hebrew letters for Yahweh or Yeshua because both have been lost to the ages. This is part of the reason we are not dogmatic about whether you refer to Him as Yeshua, Yahshua or even Jesus.  We function in the revelation that we know.

But we do know that neither Yahweh nor Yeshua would have been referred to as “lord” which is an old English title rather than a Hebrew name.

Victory is yours!
But when righteousness goes forth in the name of Yahweh, the God of the Bible, or His Son, Yeshua, POWERFUL things happen.

Send the devil packin’. Declare the victory that has been won. Call on the Mighty name of Yeshua today. Make the demons flee and let’s work together to restore God’s people unto the Messiah Yeshua!!

Seek you first the kingdom of God, and His righteousness;
and all these things will be added unto you.
Matt 6:33

Conclusion
Please remember that this is not something we are dogmatic about.  We do not build a religion around this issue as some do.

This is just a brief introduction to the subject.  There are numerous aspects of it that have not been addressed here.  I have studied this extensively and have found that for every position to take, on this issue, there are three others to consider.

Accordingly, I temper these things with some common sense and reasonableness. After all, I myself am the blessed recipient of several mighty miracles, God blessed me with, that were experienced in the name of Jesus.

Still, I consider it a blessing to call upon the name of Yeshua.  The Hebraic understanding of the Scriptures brings so many things into focus; the names of Yahweh and Yeshua are just one of them.

Confession: I embrace the reality and truth that I am a son / daughter of the Most High. I will seek first the Kingdom of God and dwell there.

I will call upon the names that are worthy to be praised; Yahweh and Yeshua.

Prayer: Thank you, Father God, for extending your grace to me through Yeshua. Please help me to embrace your empowering presence through Your Name in my life so that You can be glorified and Your glory will manifest throughout the earth as you always intended it to be.

© Copyright - Together Fellowship - All Rights Reserved 2021
Back To Top
×